The Disordered Thinking of the Internet

Katherine Sorab explains why the Internet’s focus on body image can be damaging for mental health.

MyProAna.com, an online site, claims to aid the recovery of those suffering from eating disorders, specifically Anorexia Nervosa and Bulimia. This is questionable: the repeated mantra of “the only thing you gain with recovery is weight” is plastered under every individual blog. Pro-ana describes those who promote anorexia. The site serves to perpetuate eating disorders with forums entitled “[h]ands free purging” and “[l]ies you tell to avoid eating,” all fuelling the addictive nature of eating disorders. Moreover, each member includes their current weights and goal weights on their individual profiles, most of which range from 60kg down to the low 40s.

This site is triggering to those who visit it and, moreover, those who visit the site do so to be triggered. The site exploits the competitive urges of eating disorders by allowing comparisons between sufferers, which acts on the compulsion of many ED sufferers to eat less than others, in order to legitimise their sickness. In the outside world this is problematic enough, but online where other sufferers admit to fasting for extended periods of time and living off minimal calories, it fuels a level of comparison that is incredibly toxic and potentially life-threatening.

Whilst MyProAna may be one of the most overtly triggering sites it is a part of a cult of the body that pervades the Internet. Instagram models act as ‘thinspo’ (inspiration for thinness) for many sufferers, consolidating unhealthy attitudes towards the body. This points to a larger problem generated by the hegemony of the image in today’s world. Images uploaded to Instagram have more often than not been retouched or filtered, yet they are consumed as ‘real’ snapshots of a person’s life. The excision of ‘flaws’ within virtual reality constructs a visual ideal that may be unattainable but nonetheless exerts a powerful influence on the way people view their own bodies. The reign of the image and the obsession of the selfie overwhelm social media in the modern world and distorted images of (usually) the female body are becoming commonplace in mainstream media. 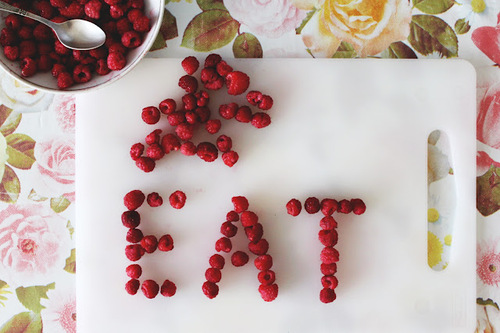 The saturation of the media with these unrealistic images partly explains the anxiety of ED sufferers. Yet, the Internet perpetuates addictive disorders because it is, by nature, extreme and competitive. A shocking or grotesque image quickly goes viral; Taylor Swift, whose Instagram account boasts the highest number of followers, also made the news when her body was named the most ideal shape in a survey led by the University of New South Wales in Sydney. Bombarded constantly with images of the ‘perfect’ body, we are encouraged to internalise these idealisations and act on the ensuing insecurities.

These images perpetuate the concept of ‘normality’, which can lead to disordered thinking. An anorexic person sees their healthy body as overweight and strives to lose weight in order to appear attractive. This toxic environment of comparison and self-hate, exacerbated by desire for control over one’s own body, flourishes in the distributive nature of the Internet where users can reinforce these sentiments with more images. We already are seeing a dramatic increase in the amount of ED sufferers who are male, with a suspected rise of 27% of male sufferers since 2000, which parallels the dissemination of ‘perfect’ images of male bodies across Instagram and Facebook. More and more men buy into what their body should look like, falling into the culture of intense exercise and compulsive eating of ‘healthy’ foods.  With this we see a sixfold increase in the use of steroids as well as a rise in anorexia, orthorexia (the obsessive need to consume foods considered healthy or clean) and bulimia in young men.

The pressure to look a certain way is an inherent part of society; constructions of ‘attractiveness’ disseminated across the media often shape our appearances. The explosion of the Internet has generated a new space in which what a person looks like is of primary importance. Through the ability to constantly compare and contrast with those we deem healthy or attractive, a culture of visual perfection has emerged that is unrealistic and damaging.

Katherine Sorab is in her first year studying Philosophy and Literature at Warwick.