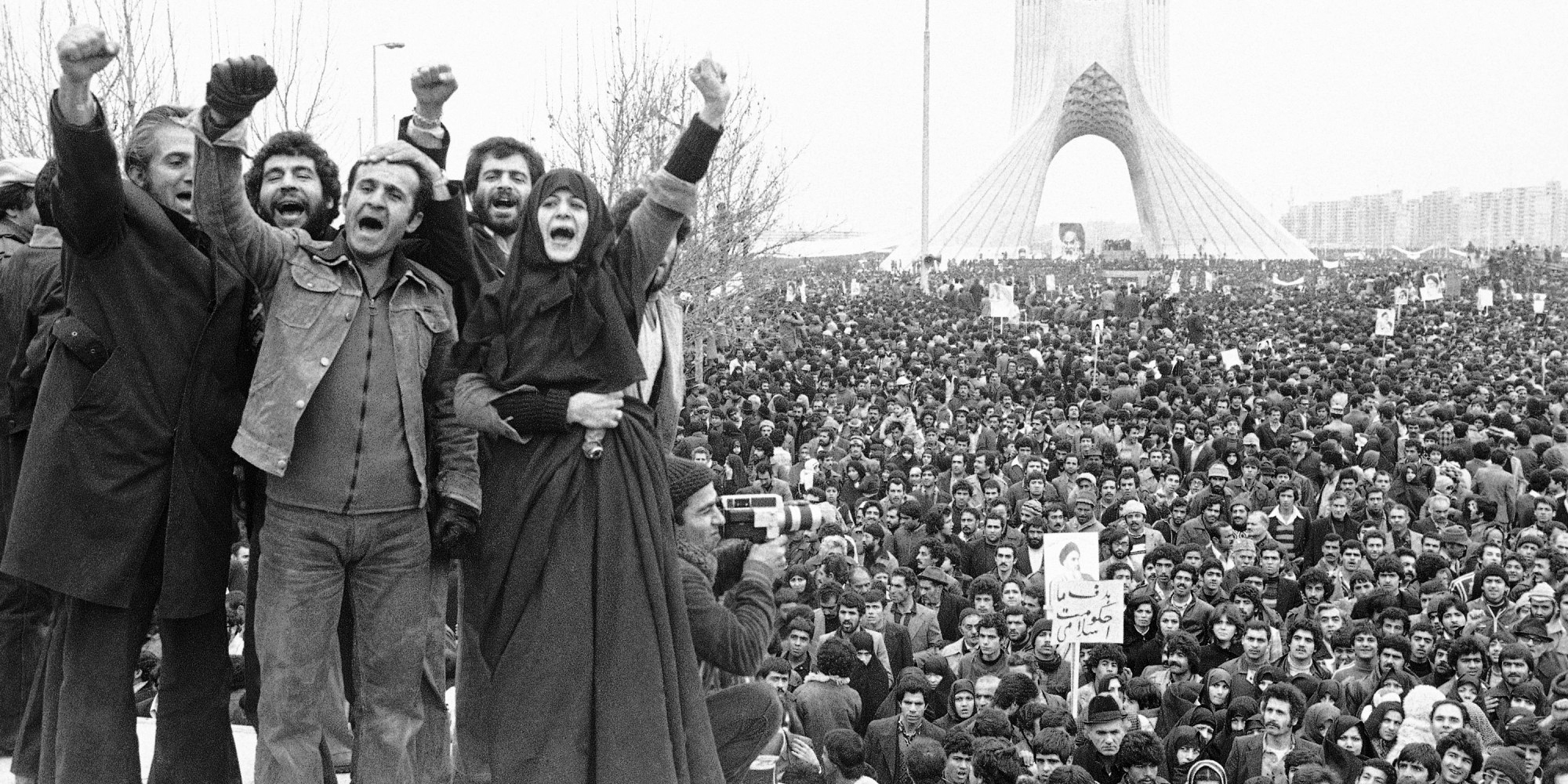 The Iranian Revolution in Shahyad Square, 1978.

Gore Vidal used to describe how his own “inner story-telling mechanism” enabled him to create and populate imaginary worlds of remarkably vivid intensity. George Orwell, in relating the story of his childhood, records a similar talent. There is probably something in the idea that serious artists are those who never really grow out of this happy habit.

It is partly for this reason that the products of culture have been and will always be a target for the paranoia of totalitarian regimes. Not only because they fear ‘counterrevolutionary’ activity, but also because they crave total power over the mind as well as the body. Tyrants cannot bear the idea that their fantasy of a bland, conformist culture might be subverted by something as individualistic as imagination. Heinrich Heine rightly pointed out that the burning of books often precedes the burning of people; art being, after all, closely related to empathy. Lenin, similarly aware of the inherent emotive power of art, bemoaned the fact that listening to the Moonlight Sonata made him sentimental.

Azar Nafisi understands this better than anyone, and her memoir Reading Lolita in Tehran is, as Nabokov said of his own novel Invitation to a Beheading, a “violin in a void”. The 1979 Revolution in Iran was supported both by religious hardliners and secular idealists, who welcomed the Islamic Republic of Iran and its figurehead, the Ayatollah Khomeini, into power. In yet another historical example of a revolution betrayed, its supporters were confronted with new laws such as the reduction of the legal marriage age from eighteen to nine, and the reinstation of stoning as the punishment for adultery. Nafisi tersely summarises the events of 1979:

“A stern ayatollah, a blind and improbable philosopher-king, had decided to impose his dream on a country and a people and to re-create us in his own myopic vision.”

Ayatollah Khomeini, one of the principle Islamic leaders of the 1979 Iranian Revolution.

Most people, having been expelled from their beloved teaching job at the University of Tehran in 1995 for refusing to wear the veil, might have been tempted by the welcoming embrace of anomie and despair. Not Nafisi. Her own chosen response was an injection of colour into the mono-tonal life imposed by the regime; she invited several bright female students into her home, where they shed their robes and scarves and did what Nafisi does best – discussed great works of literature. Fitzgerald, Austen and the One Thousand and One Nights stories were on the menu, alongside portions of the more difficult Nabokov and James. A clandestine book club is, undoubtedly, one of the noblest responses to terror and brutality imaginable. The reading and absorbing of these great works allowed them to cling onto a shred of individuality, and to place their own predicaments into a wider context of human experience. The theme of the class was “the relation between fiction and reality”. Between these two worlds falls a shadow, and every Thursday morning was spent in in this shadowland.

Nafisi does not just adore fiction, she respects it. She believes that:

“A good novel is one that shows the complexity of individuals, and creates enough space for all these characters to have a voice; in this way a novel is called democratic – not that it advocates democracy but that by nature it is so. Empathy lies at the heart of Gatsby, like so many other great novels – the biggest sin is to be blind to others’ problems and pains.”

Anybody who can pen those words clearly believes that, at its best, literature can teach us how it feels to be in a different body, in a different country, in a different time. One of my favourite passages from the memoir demonstrates that her passion for fiction often overshadows her political inclinations. In describing the apparent discrepancy between her youthful revolutionary fervour and her cultural tastes, she writes that, “I never gave up the habit of reading and loving ‘counterrevolutionary’ writers – T.S. Eliot, Austen, Plath, Nabokov, Fitzgerald.” 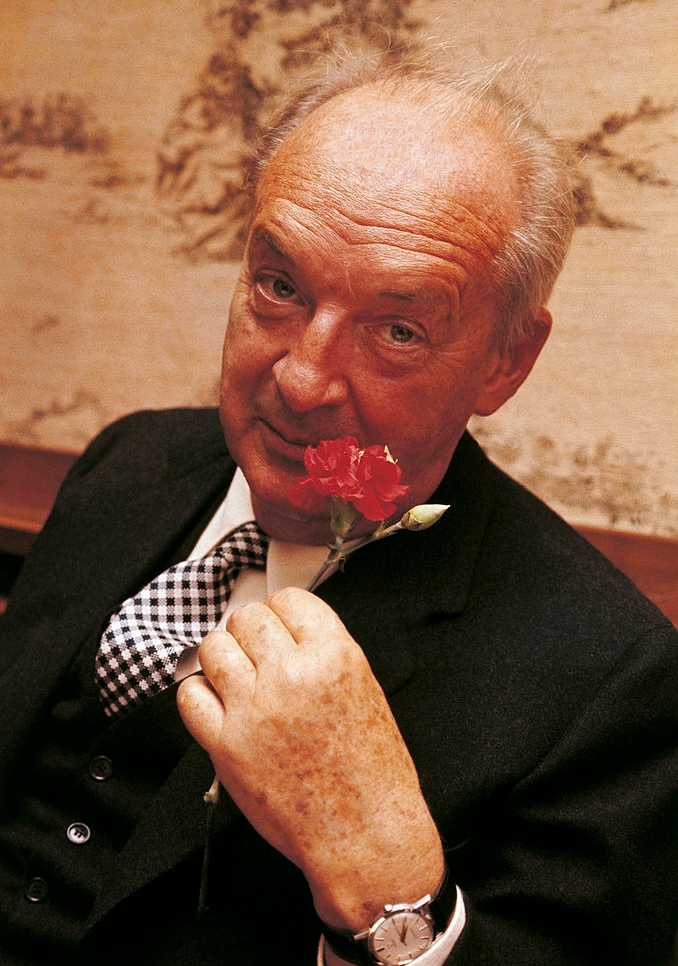 The student’s reactions to such books as Lolita and The Great Gatsby are equally fascinating. Innocent Lolita, and her fate at the hands of that eloquent monster Humbert Humbert, teaches them much about the nature of cruelty. Gatsby is put on trial, literally; Nafisi’s class at the university hosts a mock-trial in which The Great Gatsby is in the dock for preaching Western decadence. “And so began the case of the Islamic Republic of Iran versus The Great Gatsby,” says Nafisi at its outset. There is justified pride in these words; encouraging students to care about the seemingly trivial nuances of Gatsby and Daisy’s relationship against the backdrop of a national revolution could not have been easy.

This was my third reading of the book, and I have been bowled over by something new every time. Nafisi’s discussion of Daisy Miller, and of her students’ idealisation of its eponymous heroine, was lost on me during my first reading. Having since read James, I can now appreciate a little more just how powerful and inspiring a figure Daisy could be to a woman living under a stultifying, misogynistic regime. It is also apparent that Nafisi sees the Iranian reading of Western writers as working both ways; her vision of American students reading and learning from the poet Ferdowsi is an appealing and important one. My most recent reading found me becoming increasingly intrigued by the scintillating figure of ‘the magician’, who hovers in the margins of nearly every page, and his elusiveness makes me wonder whether or not he ever actually existed.

If ‘the magician’ exists in the margins, then Nabokov’s presence can be detected in every other line, and his work is held up as the supreme example of the triumph of literature over the capricious overreach of the upholders of excessive law and order. This happened in post-revolution Iran, as it has happened in nearly every country on Earth at one time or another. Nafisi sardonically describes how she, upon leaving for America, planned to write something “in which I would thank the Islamic Republic for all the things it had taught me – to love Austen and James and ice cream and freedom.” Reading Lolita in Tehran feels like such a book. It illustrates how an autocratic regime can turn even the most trivial acts of insubordination into great moral victories, and how literature can sustain a flame in the darkest of times.

Jordan Hindson is a 3rd year student at the University of Warwick, studying Biomedical Sciences.