Empathy and Distance: Bridging the Gaps in the Wake of Paris

Arts & Culture Co-Editor Clare Hymer explores how developments in communications can help us to foster empathy by bridging geographical, cultural and temporal distances. 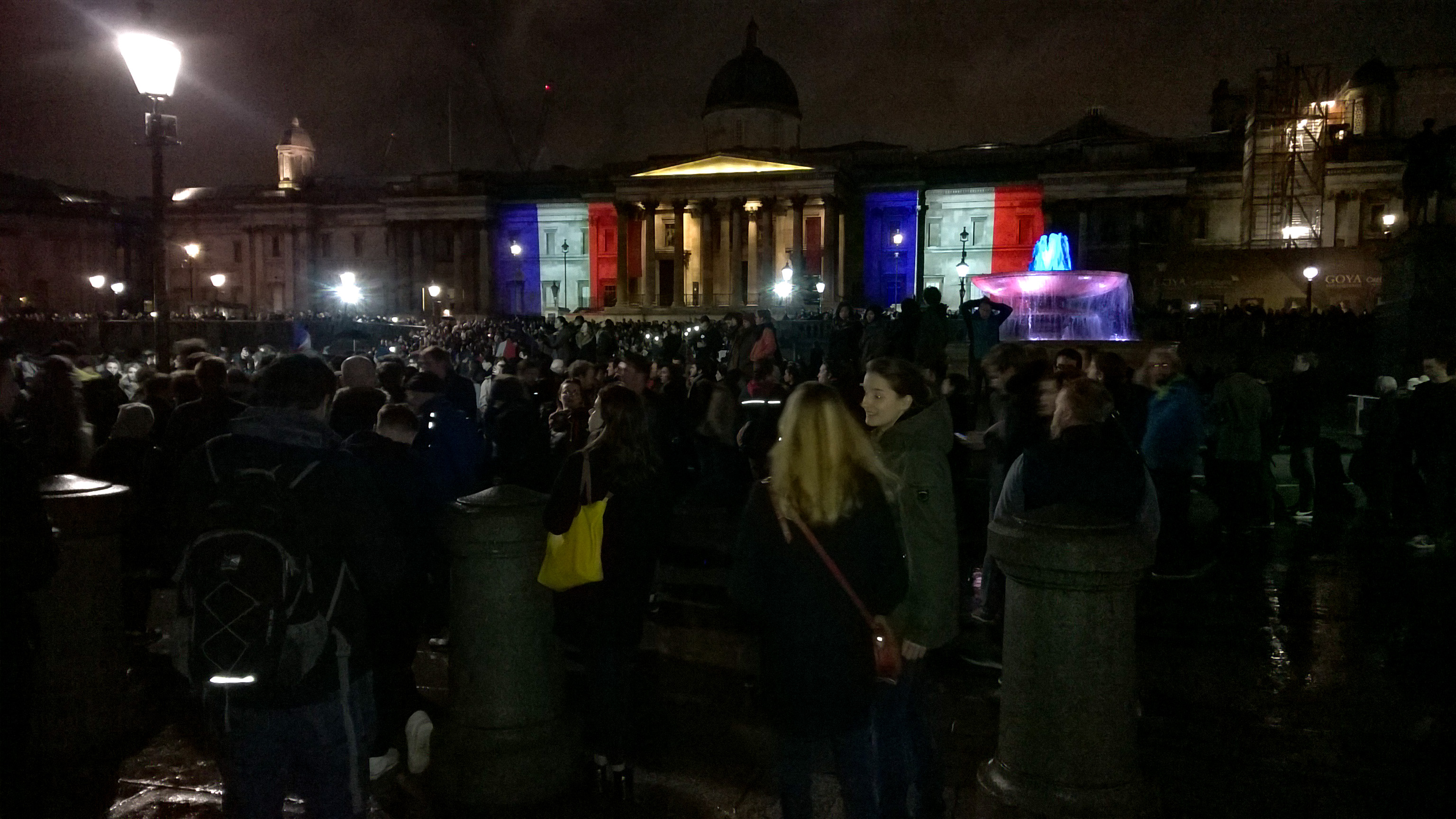 Vigil outside the National Gallery after the Paris Attacks

In the wake of the horrific Paris attacks of November 13th, in which at least 129 civilians were killed and hundreds more injured, major world landmarks were lit up in red, white and blue. Across the globe, people utilised the power of the internet to bridge geographical distances in a moving show of solidarity condemning the attacks, responsibility for which is being claimed by ISIS militants.

But it was not without a mild unease that, upon logging into Facebook the following afternoon, I found my newsfeed awash with the Tricolore. Aside from the (albeit inadvertent) imperialistic undertones of the display, the media response seemed rather imbalanced in light of other events that took place in the same 24 hours as the attacks in France: at least 41 killed in two suicide bombings in Beirut in the deadliest attacks the capital has seen since the end of Lebanon’s civil war in 1990, and 26 dead in two separate attacks in Baghdad – ISIS militants reportedly claiming responsibility for both. Against a backdrop of the death of over 250,000 Syrians since 2011 and numerous other ongoing conflicts across the Middle East and parts of Africa, it appears that we are looking at a very stark case of selective grief. 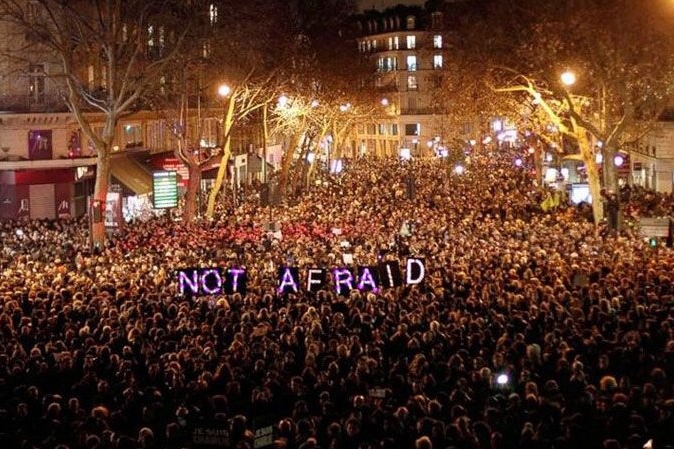 March in Paris in January after the Charlie Hebdo shootings. Image: ERIC SALARD

This is not to say that we ought to numb our emotional response to the massacre in Paris – the ruthless murder of 129 civilians is undoubtedly a heinous act against humanity, and the people of France deserve every bit of solidarity the world has given them. Having said this, the fact that we largely appear to reserve our empathy for white victims of terrorism – as is evidenced by wave of empathy elicited by both the Boston bombings of 2013 and the Sydney hostage crisis of 2014 – is indicative. The uncomfortable sense of pan-Western solidarity that has emerged as a result of the Paris attacks only perpetuates the “us versus them” rhetoric that is itself at the heart of Islamophobia and so much of the conflict we see in the world today. Empathetic bias towards the West, however unintentional, serves to exclude and ignore the suffering of non-white people from outside the Global North. This has been picked up across social media, with people calling Facebook out for activating its “Safety Check” feature for Paris, but not for Lebanon.

And yet, recent events have shown that it is far from impossible for Europeans to empathise with those who are geographically and culturally distant. On September 2nd of this year,  a photograph of a drowned 3-year-old engendered a global outcry against the plight of Syrian refugees. Pictured lying face down on the shores of Bodrum in southern Turkey, his small body dressed in a red t-shirt, shorts and velcro shoes, the image of Alan Kurdi not only awakened the world to the desperate lengths people are going to to escape conflict-ridden Syria, but reminded us that refugee children are no different from children born in the UK, their deaths no less devastating. By Sept. 3, the tide of public opinion in Europe with regard to the refugee crisis had already started to turn: the Independent launched a campaign calling on the UK to take its fair share of refugees, which by Sept. 4 had gathered more than 250,000 signatures. On Sept. 8, Europe’s leaders voted through plans to resettle an extra 120,000 asylum seekers over the next two years, and since then generous families and individuals across Germany have been displaying Willkommenskultur (“welcome culture”) by opening their homes to refugees and migrants. The influence of the image of Alan Kurdi is just one powerful example of how photography can break down barriers of geographical and cultural distance, and should give us hope for the development of our capacity for empathy.

But there are other kinds of distance which journalistic photography is less able to overcome. Climate change – without a doubt the biggest threat to humanity today – seems like something of a non-problem for many in the UK. The effects are only beginning to be felt here, and we’re still able to pull the wool over our eyes and pretend it’s not happening right now. Our distance from the effects of climate change is therefore not only geographical, but temporal – however naïve this sense of temporal distance may be, given that by the end of 2015 the global temperature is on track to have risen by 1C.

Whilst it is therefore important that we find ways to communicate that the increasing frequency and intensity of natural disasters – such as the unprecedented severity of the Philippines Typhoon Haiyan in 2013 – are undoubtedly linked to climate change, we also need to find ways to help ourselves empathise with the climate change victims of the future, both in the Europe and further afield. Part of the solution could be a breakdown in the difference between ‘geographical’ and ‘temporal’ itself – in appreciating that the suffering of the Philippines could be a glimpse of future events much closer to home. By employing photography, social media, and the internet more broadly in order to do this, we can make a conscious and concerted effort to grow their capacity for empathy in divergent directions. Europeans need to recognise that the countries that are going to be (and already are being) worst hit by climate change are those in the Global South – and they need to act to address these problems nonetheless.

Global terror campaigns and climate change may appear to present our generation with unique and insurmountable problems: how to bridge empathetic gaps that are at once geographical, cultural, and temporal. However, our generation also has the technological and communicative tools with which to do this. Let’s continue to stand in solidarity with those who are the victims of human-caused suffering – but let’s not limit this to those who happen to be on our doorstep today.