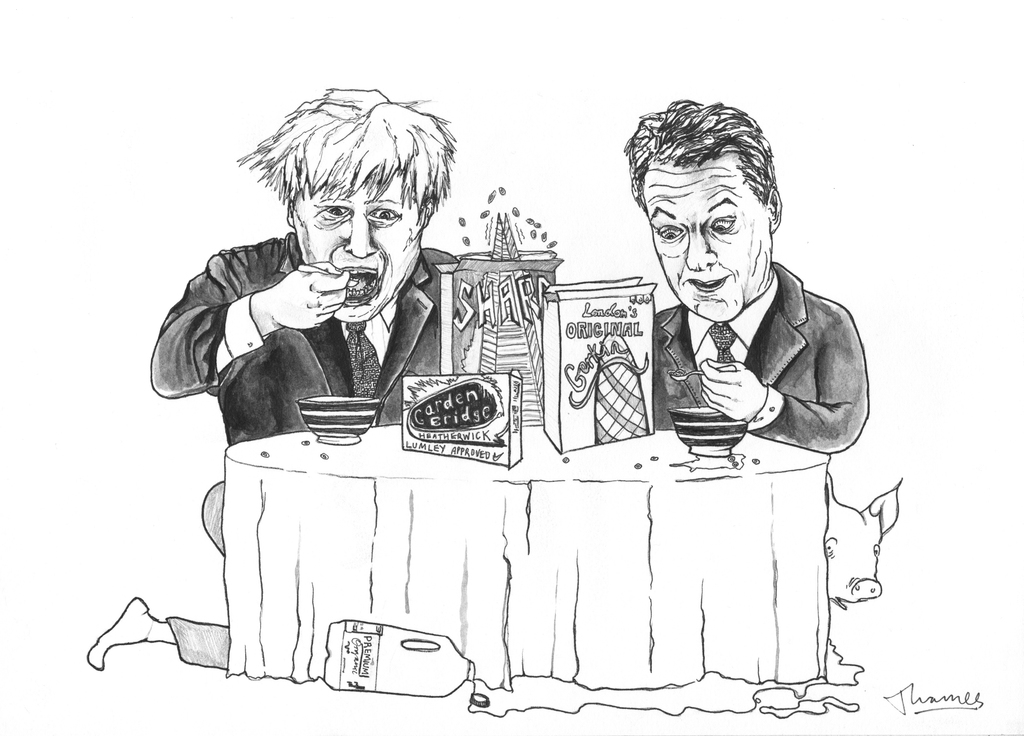 In late September anti-gentrification protesters attacked the Cereal Killer Café on London’s Brick Lane in what was described by its owners as a show of “senseless violence”. The 200-strong group rampaged through Shoreditch waving torches, setting off fireworks, and brandishing inflatable pigs (David Cameron was sadly unable to attend). When they reached the café one reckless protester scrawled “scum” across its windows; others threw red paint and Everyday value cornflakes at the frontage. Customers were reportedly “terrified for their lives” and someone was left crying over a spilt carton of sugar-free soya milk.

There is no doubt that the protest-come-street-party was absurd and the media response ridiculous, yet the eruption of anger – and carbohydrates – directed at the café comes as no surprise. Since opening last December the ironically named and now notorious Cereal Killer Café, which sells imported over-sweetened cereal for as much as £4.40 a bowl and charges extra for premium milk, has been lambasted as a symbol of wealth inequality in the capital; its cartoonish owners, the identically bearded hipster brothers Alan and Gary Keery, have meanwhile become poster boys of East London gentrification and the subject of much online parody.

Given that their cutesy kitsch establishment is the only one in London where you’re invited to Instagram bowls of Coco Pops in the comfort of retro-junky 90s breakfast memorabilia while chuckling over murder, it’s not hard to see why the café has attracted so much hipster hating. Public disapproval reached breaking point when Channel 4 sent a reporter to question the brothers about the morality of selling bowls of cereal for more than £3 in a borough in which almost half the children live in poverty: Alan and Gary seemed completely unaware of the desperately disparate context in which their business operates and ended the interview because they “didn’t like” the question. Today when many people in the country are suffering the injustice of eviction, job losses and cuts to their welfare, the café evokes an easy extravagance and a time of nostalgic comfort that seems to fly in the face of the reality of the current austerity climate. 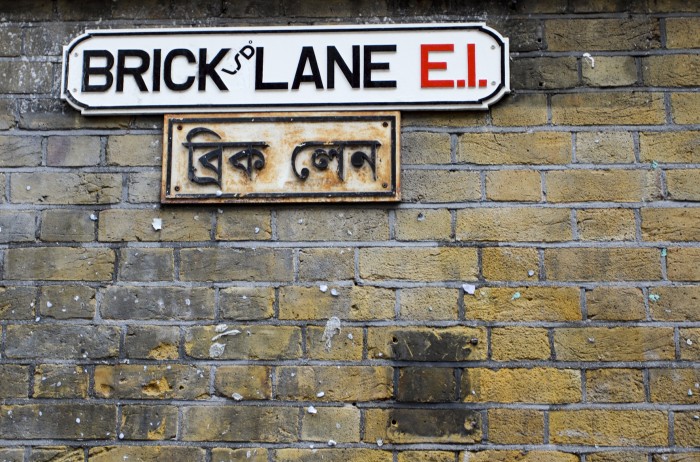 It was these issues that Class War, the anarchist group behind the Fuck Parade event in Shoreditch, were addressing when they posted on their Facebook page calling on supporters to: “Stand up to gentrification! … We don’t want luxury flats that no one can afford, we want genuinely affordable housing. We don’t want pop-up gin bars or brioche buns – we want community.” The Keery brothers don’t sell buns – not yet – but their cereal enterprise certainly comes under the same sinister category of expensive breakfast joints and over priced pop-ups ostensibly threatening social cohesion in the capital.

It’s fair to say that in the aftermath of the protest however, not everyone saw the attacks in such a noble light. While the Daily Mail invariably condemned the anti-capitalist “bullies”, the Telegraph likewise mocked the anti-gentrification “thugs” for victimising a small independent business in a city filled with chain-restaurant mediocrity. Why not picket “a ubiquitous Nandos or a Pret?” asked Rupert Myers. And what about the Porridge Café on Old Street? Even Susan Moore in the Guardian argued that despite it’s infantilized concept, the café is merely a symbol of gentrification and not the cause.

To some extent I agree. Prices all across the capital are inflated: I spent the summer selling overpriced (and underwhelming) burgers to revellers on the Southbank. If this is happening all over London – indeed all over the world – then why pick on the East End’s newcomers? Targeting the Keery brothers because of their perceived membership of a certain social group – the kind that shops at Urban Outfitters, owns fixie bikes and sports excessive facial hair – seems counterproductive to Class War’s agenda of fighting for “community”. In the question of who is to blame for gentrification, independent businesses are not the problem, and neither are hipsters.

Having said this, when Boris Johnson waded in to defend the café, I couldn’t help but feel that Class War had got the right target after all. Posting on Twitter, the Mayor declared: “Small businesses like Cereal Killer are the lifeblood of London’s… economy.” This is the same Mayor that recently announced he was “strongly supportive” of the proposed building of seven blocks on Bishopsgate Goodsyard, a brownfield site a few minutes walk from where the protests took place. Costing £800m and consisting of a row of towers stuffed with luxury housing, shopping areas, and a highly landscaped park, the development is a kind all too familiar in Boris’ London.

Like the Mayor’s favourite breakfast joint, which caters to tourists and nostalgia seekers, there is nothing local about the 11.5-acre scheme either. Not only will the high-rise towers block out light to two-fifths of the buildings nearby, including the historic Boundary Estate, the elected mayor of Hackney, Jules Pipe, has also insisted that the luxury flats are “completely unsuitable for this part of Shoreditch.” And yet by removing Tower Hamlets and Hackney councils from the planning process, Boris Johnson has ensured that City Hall will have the final say on the future of the site, thereby silencing the communities condemned to live in the shadow of these ivory towers. The cereal killer café exists within this complex context: it may not be the cause of such gentrification, but it is nonetheless part and parcel of Johnson’s future vision of London in which buildings and businesses operate to the logic of capital rather than social need.

In fact at a time when London is facing its most severe housing crisis in recent history, these Boris approved towers sprouting up across the capital constitute little more than investment opportunities for overseas buyers. The Goodsyard development is exemplary: it includes only 10% affordable housing, and considering that Boris defines “affordable” as 80% of market value, these units will hardly be attracting single parent families, job seekers or those on minimum wage. As with the other 230 new towers that are due to be built in the capital over the next five years, the majority will do nothing to provide real affordable housing for London’s rapidly expanding population.

In my home borough of Lambeth alone, 31 new skyscrapers are set to pepper the low-rise residential zone with luxury housing; the long derelict Battersea power station is currently undergoing an £8bn facelift that will see the area go from urban no-man’s-land to “Dubai-on-Thames” by 2020; and the wall of office towers now in prospect at Canary Wharf are at densities considerably higher than Hong Kong’s. Just like the 100 types of cereal and twelve different sorts of milk on offer at the Keery twins’ café, these planned developments appear to offer a variety of different living arrangements and solutions to London’s housing shortage. However, when it comes down to it all sugar tastes the same: like the Walkie-Talkie tower, the Cheesegrater, the lady Razor and the Gherkin before them, these new builds will function as stand-alone logos with no relation to their surrounding environment.

This rash of new high rises thronging in angry glass clusters across the capital will serve only to deepen the city’s existing social and physical divisions. While the Met Police were quick to point to the “criminal element” of the Fuck Parade event and condemn the “senseless violence”, the real barbarity taking place in the capital today is not the petty vandalism of a few protesters throwing paint, but the slow, insidious and invisible forms of structural violence (see Rob Nixon: Slow Violence and the Environmentalism of the Poor) impacting on London’s most vulnerable residents: the violence of eviction, racial dislocation, ethnic cleansing at the hands of corrupt landlords, hunger and homelessness.

Thames Menteth is the Warwick Globalist‘s Perspectives Editor. After finished a year abroad in Germany, she is completing her degree in English Literature.