Survival of the Fittest? Experiencing Disability in Antiquity

What was the experience of the disabled in the ancient world? Annie Sharples challenges our notions of inherent Western progression by examining the representations and experiences of the disabled before the common era.

Representations of Ancient Greece often assume an idealised portrayal of humanity. The reality may not be so simple. Image: dynamosquito

Disability was, is and always will be a universal phenomenon. It affects every demographic within every society at each and every stage of human history. Yet in historical research, the lives of the disabled have been systematically overlooked at every stage.

In the modern Western world, advances in prenatal care, vaccinations, corrective surgery and many other breakthroughs in the medical profession have led to an overall decrease in the rate of physical disability. Consequently, the term ‘disabled’ has come to represent a social sub-category, and disabled people have themselves become a minority. This conceals the fact that this is a very recent development in the fabric of human history. Look back into the history books and the rates of disability begin to rise dramatically. Look all the way back into ancient history, and disability is overwhelmingly common.

The world as it stood in the fourth, fifth and sixth centuries BC was a very different place. Constant war efforts, lack of medical knowledge and poor sanitation resulted in the disablement of a vast proportion of the ancient peoples. Disease, illness and congenital defects struck indiscriminately and unstoppably and so, far from being a minority category, disability prevailed as the dominant social state. It affected every level of their society, inflicting everyone from beggars and kings to women, slaves and even divinity. How then, in a society in which almost everyone was disabled to some degree, was disability perceived?

Well, to begin with, the ancients didn’t even have a word for ‘disability’. To be ‘disabled’ was simply not a category you could belong to. Everyone – rich, poor, young, old, disabled or not – were all simply trying to survive and thrive in the unforgiving ancient world. If you were able to do so with a disability then you were just as able as anyone else. With disability rates so high, it was not seen as anything out of the ordinary. 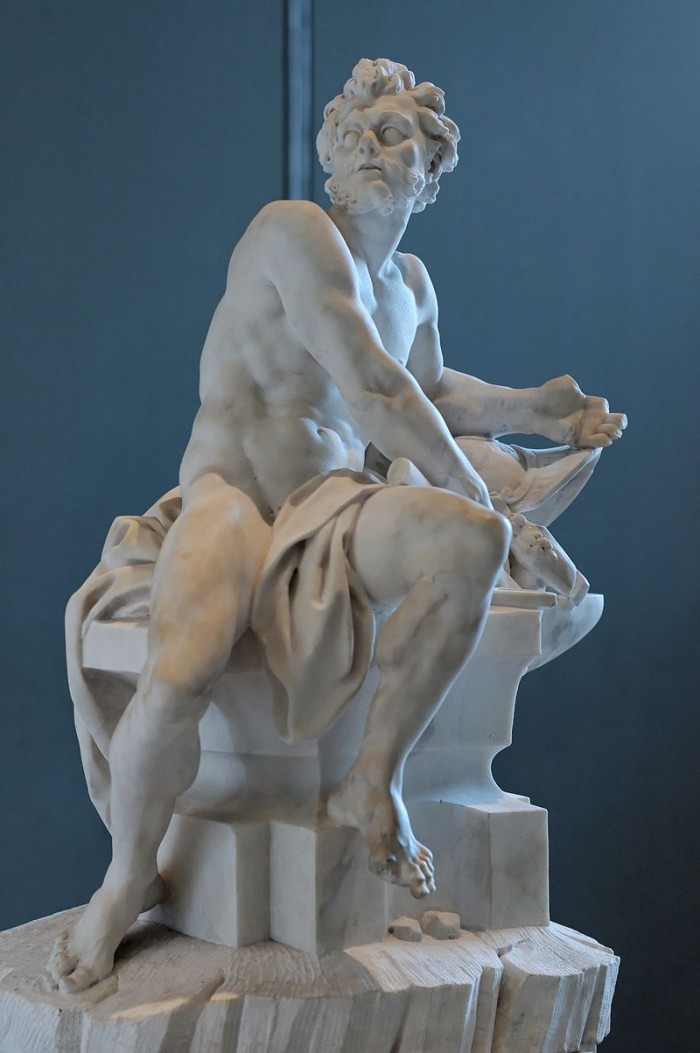 A modern representation of the Ancient Greek god Hephaistos, who was in fact disabled by contemporary standards.

Indeed, one of the clearest signs that it was an ingrained social norm is that Hephaistos, one of the multitude of Greek deities, was himself perceived as disabled. Clubfooted, lame and disfigured though he was, he did not stand as a symbol of disability, nor as a patron saint for the disabled as we might expect. He was simply the God of the forge, a skilled artisan who is said to have created some of the wonders of Greek mythology: the shield of Achilles, the home of the gods and even the first recorded creation of artificial intelligence.

One interpretation of this is that the disability of Hephaistos was purely incidental, a sign that disability in the ancient world was so commonplace that it did not require particular attention. However, there is another, more intriguing possibility: that his profession was in fact enabled by his disability.

This is because in ancient thought there was a perceived correlation between the loss of one sense and the heightening of another, just as a blind man might develop increased hearing capabilities. Hephaistos’ legs were crippled and his feet deformed, and so the strength of his arm and skill of his hands was accordingly compensated. Perhaps it is for this reason that we see many disabled people employed in skilled work within the ancient world: from tailors and craftsmen, to masons. As a man it was entirely plausible to be both disabled, employed and skilled within ancient society.

But what of the women? The ancient world was hard enough for women as it was, before even adding a disability into the mix. As a disabled woman myself, I had always been adamant that I would not have survived in the male-dominated world of antiquity; but many stories in the historical evidence have proven me wrong.

One story, for instance, describes a lame woman in antiquity named Labda. She was looking for a husband and was soon married to a stranger from a neighbouring village. A prophecy had told this man that Labda would bear a son who would one day grow up to be ruler of Corinth, a prophecy which later proved to be true.

Remarkably, what this story tells us is that a lame girl not only survived in a rural tribe in ancient Greece for many years but thrived in it by fulfilling every duty which marked her as a good Greek woman. She marries, conceives a son and raises him to become a great Greek man. This is not a story which dwells upon her disability. In fact, it is only mentioned once as part of her description, a lame girl, much like someone might describe “a blonde girl” or “a tall man”. Her disability helps to identify her but it does not play a role in her story. It was therefore entirely possible to be disabled, married and a mother in the ancient world.

Though both of my examples so far have detailed lameness, this was by no means the only disability described in the ancient texts. Blindness, mutilation, deafness and many other physical ailments are portrayed as well as a whole host of mental illnesses and disorders. In fact mental illnesses, or ‘madness’ as the ancients called it, was strikingly common, especially amongst rulers and kings.

King Cambyses for instance, is thought to have suffered with such an illness. He was paranoid, aggressive and unpredictable, drank heavily and killed friends and strangers in equal measure. One explanation for his behaviour was that he was an alcoholic and that his love of drinking undiluted wine had addled his mind. Another was that he was an epileptic who suffered from damage to the brain, resulting in seizures and erratic behaviour.

Whatever the true cause of his malady, it is clear that the ancients had an understanding that illnesses of the mind were just as common and rational as those of the body, and that those with mental illnesses could still find a place within the ancient world. Indeed, Cambyses had an incredibly successful, if volatile, career as a ruler within the Greek, Persian and Egyptian world. Given their direct involvement in military battles, it was very common to have a disabled ruler in antiquity – from a blind King of Egypt to a lame King of Sparta. It was very possible to be disabled, powerful and successful in the ancient world.

Blind kings, limping women, crippled tradesmen and lame gods: the ancient world was coloured with disability and the tales of the disabled who not only survived, but thrived in it. From artisans and mothers to kings and even deities, the disabled were not a marginalised sector of society but part of its very life-blood. Since then disability has become an ever diminishing occurrence within our society thanks to medical advances; but it will always have a presence in the human story. By taking notice of how other cultures and historical eras perceived and integrated disability into their everyday lives, perhaps the West can begin to understand disability not as a binary opposite to perceived normality, but rather as part and parcel of human existence – much as the ancients did.

Annie Sharples is studying for an MA in Ancient Visual and Material Culture Warwick. The title of her research presentation was: ‘Uncovering the Literary Experience of Disability within Ancient Greece: From Homer to Hippocrates’.